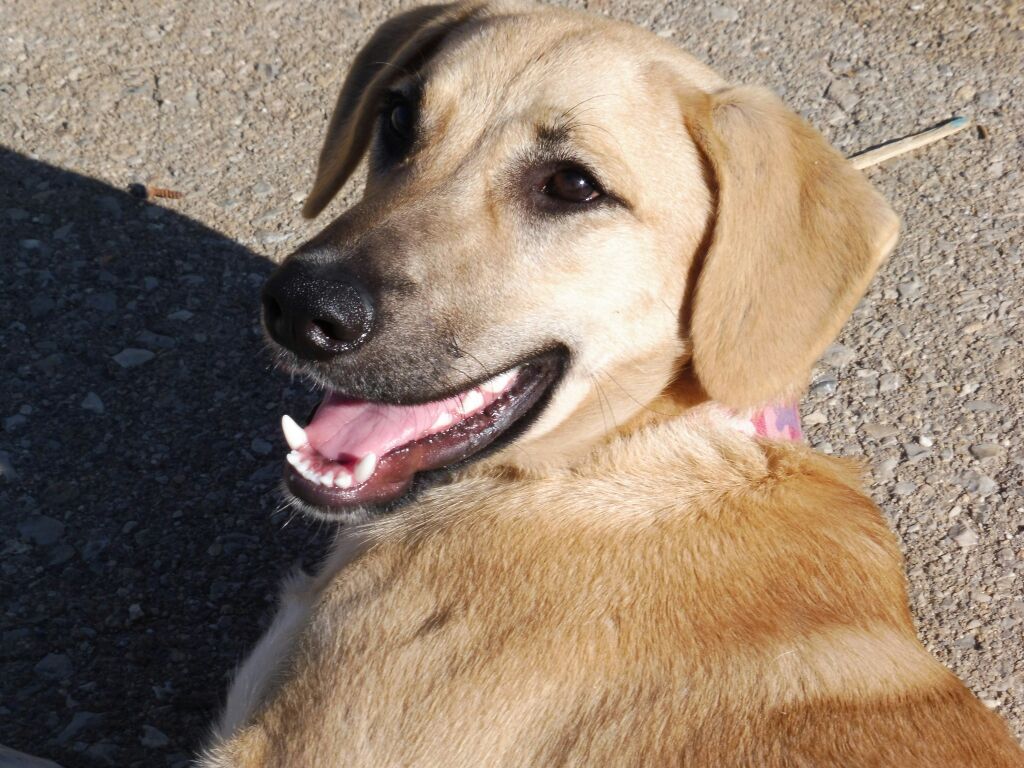 Dermot picked me out of a cafe full of people.

He walked past the cafe, stopped and did a bee line straight for me. And yes, I must admit, I was hiding…

Cute lil’ fella, I thought I would feed him and give him some parasite medicine and send him on his way.

He wasn’t interested in the food, just the company and he sat at my feet. That was when he lifted his leg to lick himself and I saw the wounds on his inner thighs.

His legs looked like a cheese grater and were oozing fluid.

He was bitten very badly, most probably by the dogs at the port.

People make the terrible decision to “re place” animals in areas where there are other animals.

Dermot was not killed immediately but his “initiation” would have eventually killed him slowly of infection.

Of course he was taken in, taken to the vet, cared for, treated well and now Dermot is a shining example of a perfect family dog

Dermot is a young, handsome and friendly boy who gets along with the shelter dogs and visitors very well. He is medium/large and not fully grown.

He lived as a puppy in Souda at the port and was bitten badly on his thighs but now all is well.