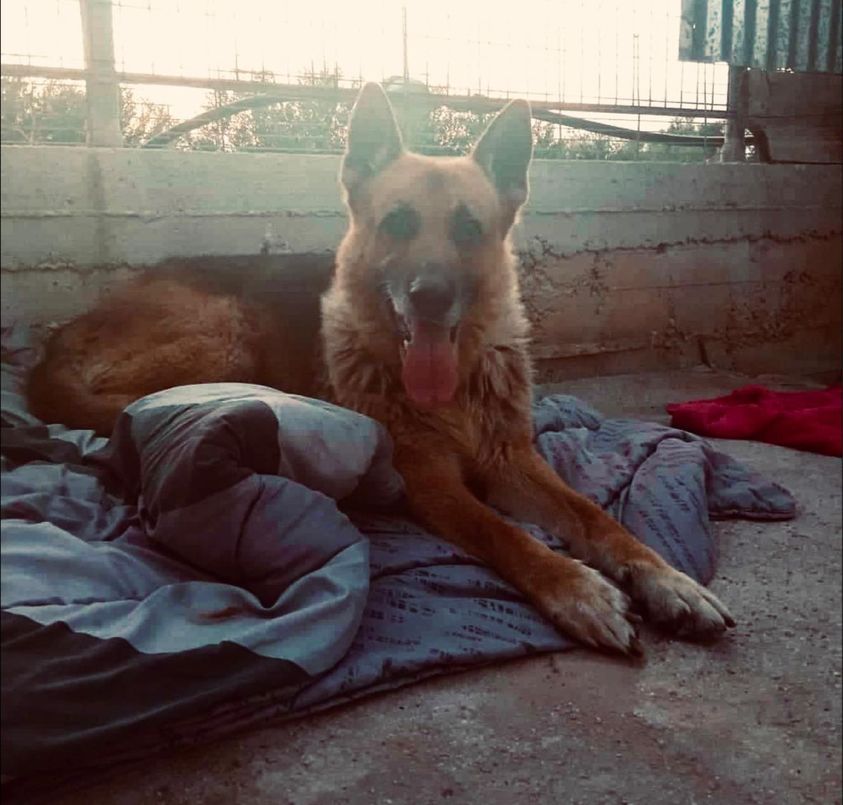 Colonel, who came to us a few months back, tied to the fence with the two pups in the hamster cage…
Colonel, who cried morning night for human company…
Colonel, whose back legs were so weak from being tied his whole life is

He has been adopted by an angel mama named Annette who already has  adopted our beautiful Bette last year.
He’s got love.
He’s got a Greek sister.
He’s got a beautiful house with a beautiful yard and loads of love.
This case is over!
Good luck and good life Big C!
(Princess B on the sunbed, Big C on the grass The picture quality is not so great but along with my announcement I needed a photo. A dog and his blanket

beautiful.
Just a few hours ago Colonel came out of surgery. He had his testicles removed.
He also had a chest x-ray.
He also had a biochemical and general blood test done AND a leishmania test is being sent up to an Athens lab.
SO FAR SO GOOD

We love you!
His story: