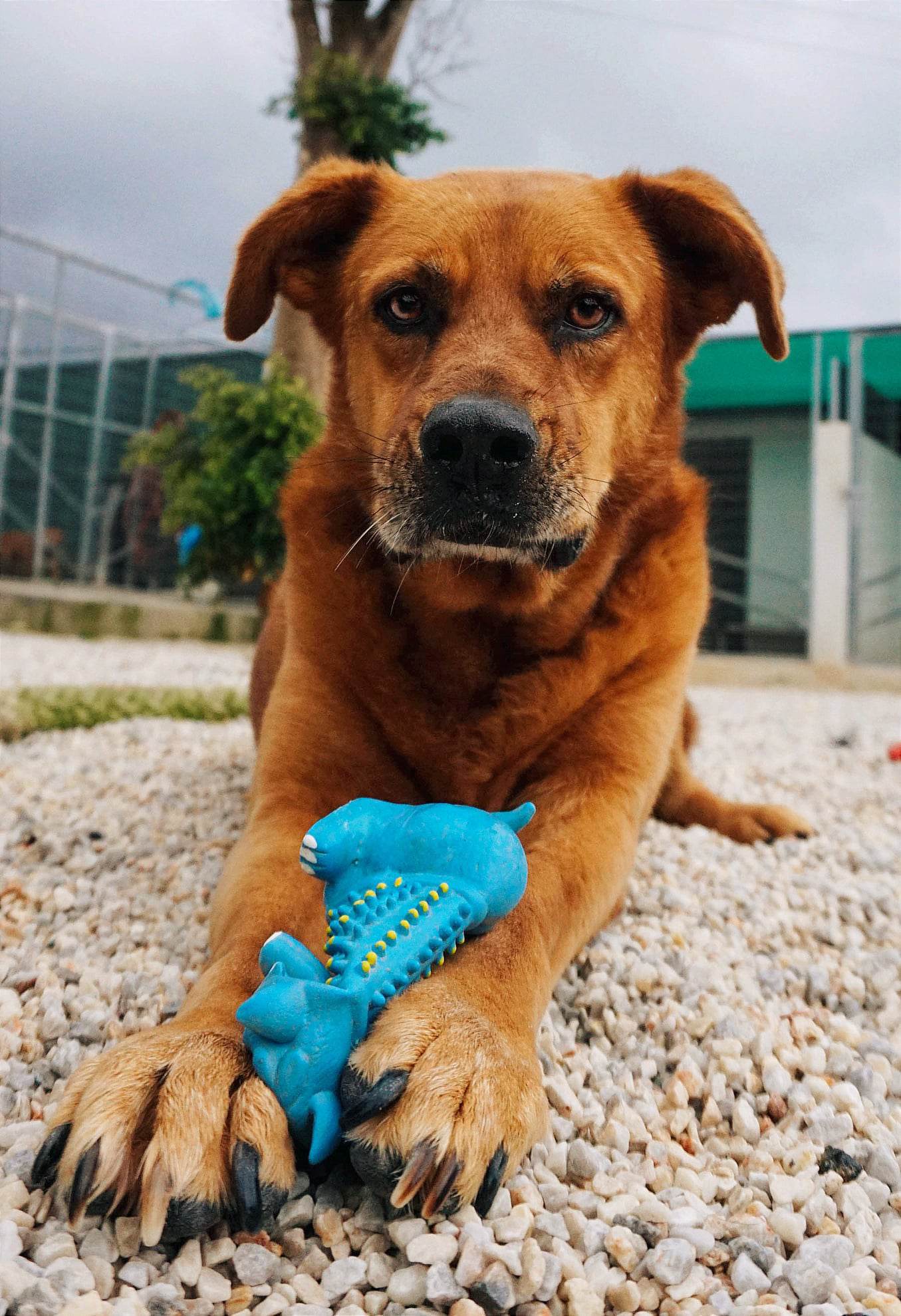 Update 3.12.2022:
Let’s not forget Kanellos.
Kanellos roamed the streets of Chania and was better known than the mayor himself. He was alpha dog. Alpha of the town.
One night he got into a scuff with an owned dog, much smaller his size. Rumor had it that the owners would be back that evening to get rid of Kanellos.
We could not let that happen.
I myself was a huge fan of his, my whole life in Chania, from the first time I encountered him on the street.
So I had him picked up and since that time he has been living in a private kennel. He eats BARF. He has his own inside outside living quarters but that still does not amount to a home.
Not to mention the cost of having him there is completely irrational to our budget.
We have to get Kanellos a home.
It’s time this beauty begins his new life. In a home, on a couch.
He is an older gentleman. Seven plus.
Although he was a tough guy on the streets he has become a softy under personal care. Other animals don’t phase him much. And he is fully sociable with people, just imagine how many he had to deal with in one day.
We do prefer he live in a single animal home, just because of his age and the life he has led till now.
He plays catch, he wants belly rubs, he is deserving of a home.
Be that home.
Open your heart to Kanellos, the most famous dog to walk the streets of Chania.
See some of the most beautiful photos of him on the streets here: https://www.facebook.com/groups/638772982948839/permalink/2146494698843319/ Update 28 November 2022:
Recently, we made some new photos of Kanellos playing with a plastic toy – enjoy! His story:
Kanellos was hurt last night but not seriously.
We had to take him off the street because his life was in danger.
He is now in a kennel till we can fix a pen for him to stay in safely at the shelter.
He’s probably mad at me but I’d rather he be mad and alive than dead. The kennel costs.
So does fixing the pen.
Please consider donating to our cause, or at least to Kanello’s cause.
He is so worth it!
Anyone interested in adopting Kanello should know the following:
He is not good with cats.
He is best as a single dog or with a large female.
He is a senior so he will have some geriatric issues which we will uncover in the next weeks (like back leg arthritis).
Please consider him.
A more colorful character you surely have never met.
He’s practically human.
Elizabeth picked him up.(see here)
His story:
Kanellos. Kanello. Kanellino.
Kanello needs a home.
The most colorful stray to roam the streets of Chania.
He is the chief.
He is a softy.
He has a sense of humor.
He can be very serious.
He is tired.
So many years at the mercy of the community: the angry, the happy, the drunk, the frustrated, the loving, the indifferent…he could probably write a book.
I would take him home myself.
You see, I have a love affair with Kanello unknowing to him. I swoon like a schoolgirl when I see him and sulk like a child when his attention is drawn elsewhere and he trots away from me.
I would take him home myself but he is not good with cats. And I have so many.
Kanello needs a home.
His body is worn, his legs are tired.
For sure he will spring back to life once pampered and loved but if he stays on the street I don’t see him lasting much longer.
Kanello is over eight years of age , he is a senior.
If you are interested and you pass our expectations we will collect him, take him straight to the vet for bloodwork and a thorough check up.
We will bring his vaccinations up-to-date.
He has been castrated by the Municipality.
He will need an experienced dog owner
Kanello needs a home. Kanello is a famous stray in Chania town. He is big and bold and LOVES gatherings, protests and parades.
This year, like every year he participated in the annual Santa Run.
If you’re interested in adopting him please let us know.
Of course it’s nice to see him participate in such events but it would be even nicer to see him on someone’s couch in someone’s warm home.
And please don’t ask me if he’s good with people

See all our videos: